“To pass your own despair on to other people requires a strong constitution. I don’t think a despairing man can communicate his despair because he is offering his despair as an emotional spectacle. But to transform your despair into a work of art, that takes health, by God, and what health.” 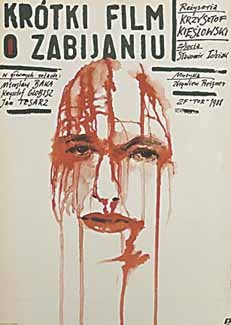 God. All the most vital works of art are concerned with God or his absence. In his absence, the best of us feel an even more desperate urge to maintain our decency; for to accept the rotten benefits of chaos reduces us to mere matter. Some murderers and criminals are referred to as “cunning” but such a compliment could be rewarded to a conscienceless animal that sees an opportunity and takes it. The homeless who survive on the streets for months, years are as cunning as the craftiest Wall Street trader, more so, because of the frequency of the hustle.

A Short Film About Killing is about such a person, a 19-year-old transient wandering through Warsaw - aimlessly it appears at first, until we realize with dread that it is not. We know nothing about him other than what we see, and what we see looks like trouble. 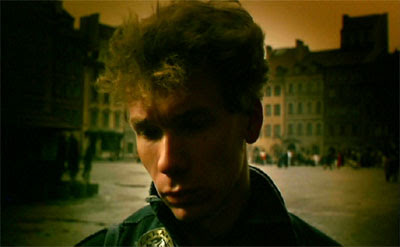 His story is juxtaposed with that of a rather insinuatingly unlikable middle-aged taxi driver and another young man from a considerably more prosperous background who is, over the course of the film, going to pass his exam to become a lawyer and find himself staring into the eyes of his first client, the 19-year-old transient, whose name we learn, is Jacek. Like Michael Haneke’s Cache, we are introduced to someone who has possessions, a life, a future. He is sheltered from those who are not so fortunate by the very things the unfortunates wished they had in order to shelter themselves from the very people they are. But in both films, the ones who have are forced to confront the misery and squalor that is so alien to them, only to find, paradoxically, that they are the aliens in a cruel, arbitrary arena of limited means. The truth comes in the form of a person. In A Short Film About Killing, Jacek is the dull vessel of the young lawyer’s understanding.

Without going into detail, Jacek finds himself in need of a car. Jacek does not have the luxury of abstract thought and his scarcity of resources and options is conjured effectively with the four corners of the screen obscured so that there is almost a circle in the middle of a black frame encircling Jacek whenever he is onscreen, creating for the viewer the very sort of tunnel vision that no doubt plagues the mind of the desperate Jacek. There is no gimmickry here, and it is insulting to Kieslowski’s purposes to suggest it. 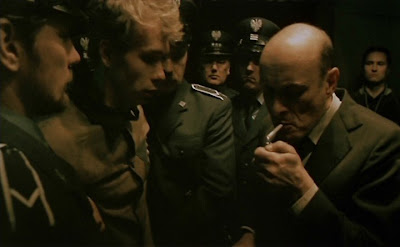 The existence of Jacek is a scrounge and the grime and mud of an already bleak Warsaw winter are shot for maximum visceral impact, but also with the kind of ironical distance that I am so fond of. The distance is not only an indication of the filmmaker’s sophisticated sensibilities but also an appropriate representation of a world witnessed aloof by an indifferent or absent God. There is a murder conducted midway through the film that is horrifying in its sloppiness. A precise killing is chilling in its concise execution, but an incompetent killing seems more plausible in its fumbling brutality. There is one of each in Kieslowski’s film, and it is left to the viewer as to which was more senseless.

Posted by scroggins at 6:21 AM

On a crimes and misdemeanors note, in news pertaining to people who kill, and are left to revel in decadence and riches for decades... Ted Kennedy, in a complete lack cosmic irony or divine finesse, is going to die of a brain tumor.

Should the timing give us pause? What if all these crazy natural disasters are caused by Ted Kennedy's burgeoning, unharnessed psychic power said tumor is awakening?

Or shall the frank, inelegant fate stimulate our more existential imaginations - what if the whole world we perceive is just his solipsistic projection existing in mere moments before he drowns himself and Kopechne. Before we stop apparently existing, I'm going to write a short story about it called "An Occurrence at the Chappaquiddick Bridge."

Of course, if Laura Kasischke is our grand narrative's auteur, Teddy rides this out on a presidential float, down Pennsylvania Ave., and into a White House with bottomless bottles of maker's mark and secretaries wall-to wall, stacked ten high. 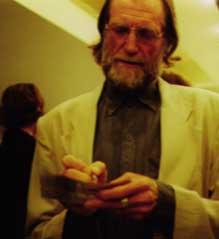